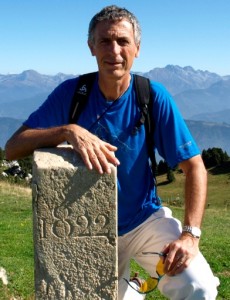 Radu Patrice Horaud (PhD’81) holds a position of director of research at INRIA Grenoble Rhône-Alpes, France, since 1998. Previous to that, he was a post-doctoral fellow with the Artificial Intelligence Center of SRI International, Menlo Park CA, from 1982 to 1984, and a research scientist with CNRS Grenoble, France, from 1984 to 1998. He is the founder and director of the PERCEPTION team. Radu’s research interests cover computational vision, audio signal processing, audio-visual scene analysis, machine learning, and robotics. He is the author of over 200 scientific publications. Radu pioneered work in computer vision using range data (or depth images) and developed a number of principles and methods at the cross-roads of computer vision and robotics. In 2006, he started to develop audio-visual fusion and recognition techniques in conjunction with human-robot interaction.  The European Research Council awarded Radu twice: in 2013 (ERC Advanced Grant VHIA, 2014-2019) and in 2017 (ERC Proof of Concept Grant VHIALab, 2018-2019).

Radu, formerly Horodniceanu, was born in Bucharest, Romania, arrived in France in 1972 at the age of 18, and became a citizen of France in 1975. Radu is married with Florence Forbes and he is the father of four children: Adriane, Mathias, Fabien and Thomas.

Talks and other news…