Pepsi-SAXS (PEPSI stands for Polynomial Expansions of Protein Structures and Interactions) is new implementation of the multipole-based scheme initially proposed by Stuhrmann (Stuhrmann, 1970). Overall, our method is significantly faster with a similar accuracy compared to Crysol, FoXS, and the 3D-Zernike implementation from the SAStbx package.

Pepsi-SAXS achieves speed and accuracy thanks to the following features of the method : 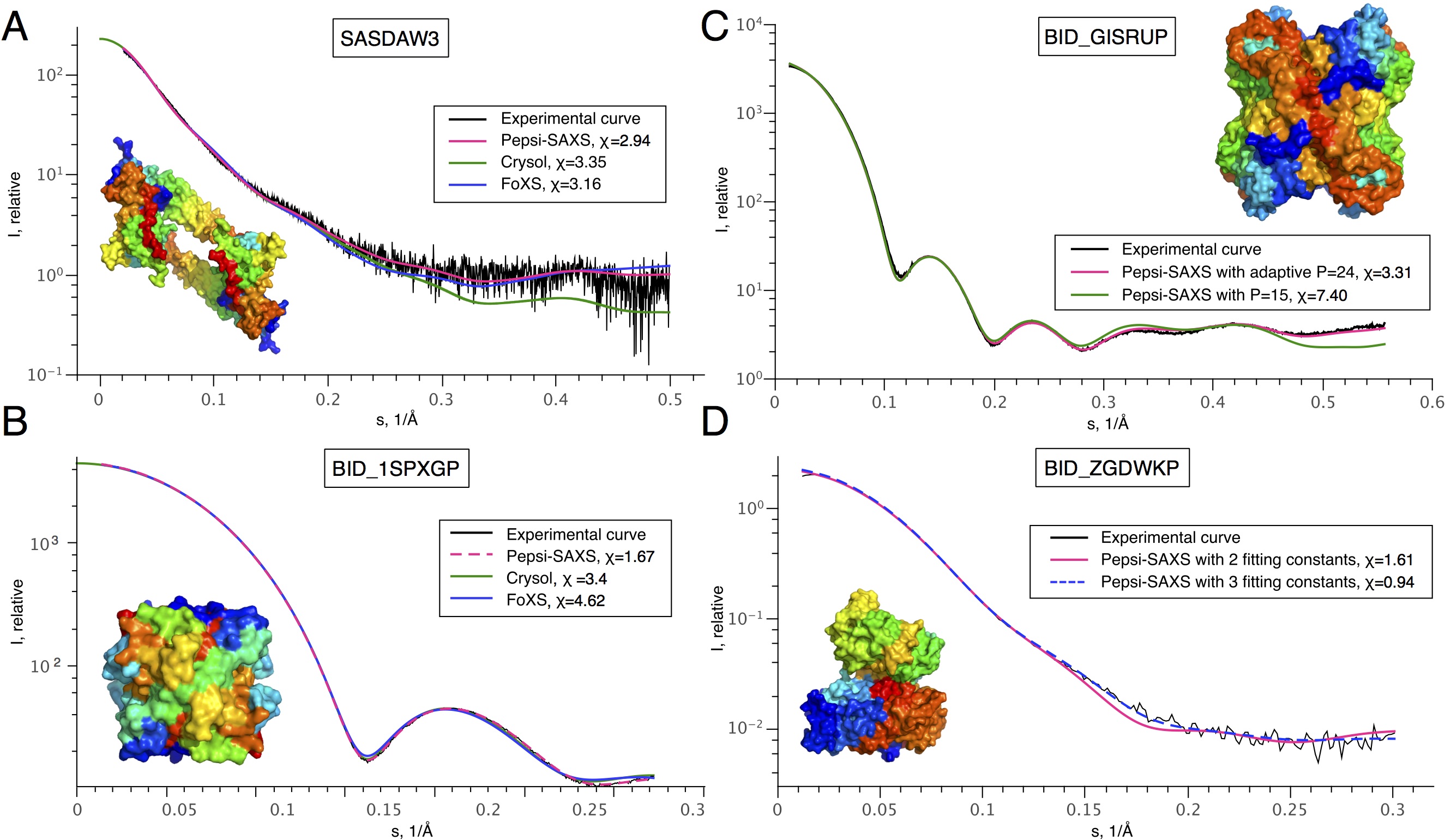 Performance on the BioIsis data 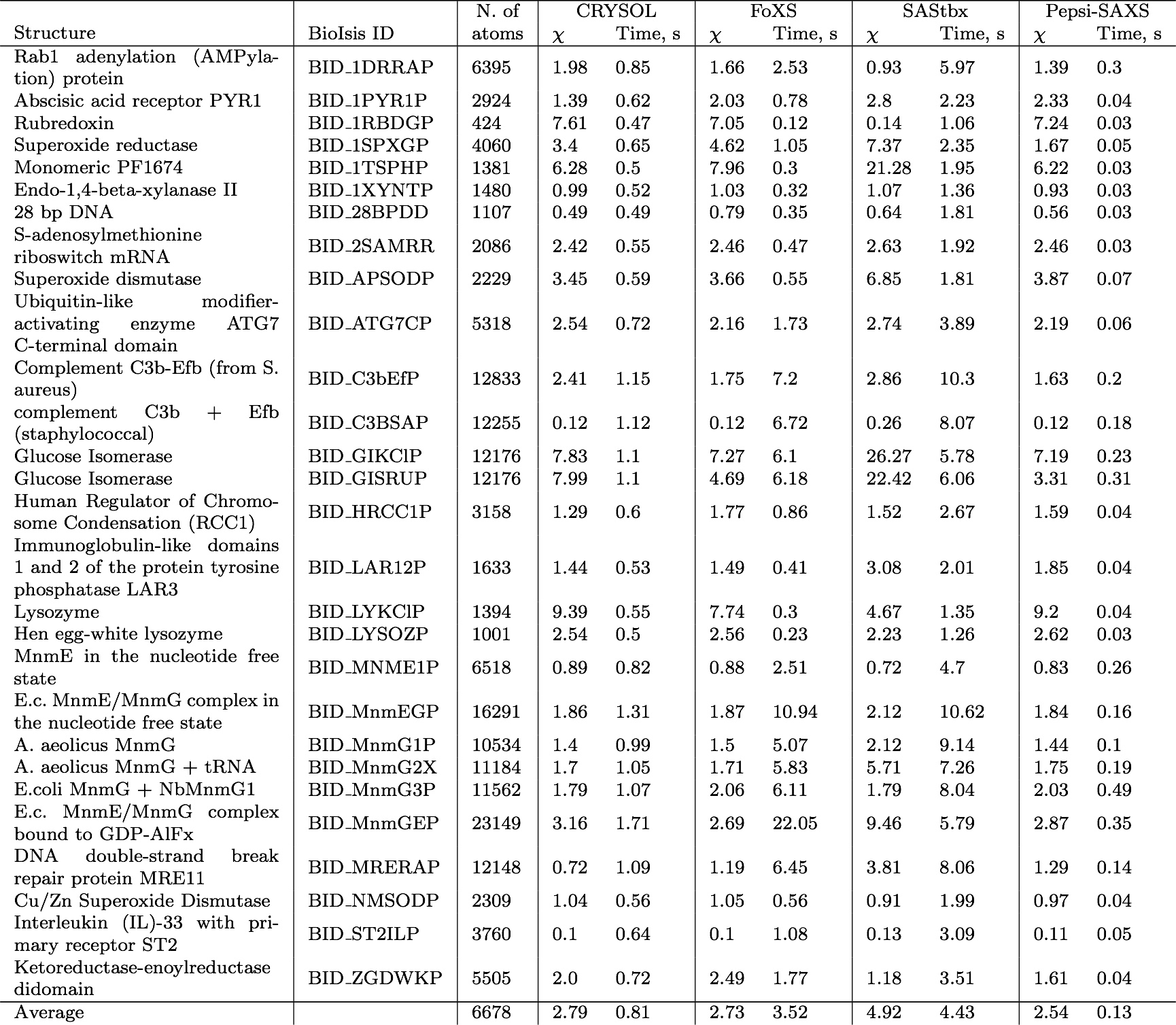 Comparison of four methods, Crysol, FoXS, SAStbx (using the 3D-Zernike technique and data reduction option), and Pepsi-SAXS, when fitting modelled intensity profiles to experimental data collected from the BioIsis database. For each method, we provide the value of χ and the running time measured in seconds for each of the scattering profiles. We also list the number of atoms in the models along with the average values of χ and running time. All tests were performed on a MacBook Pro Mid 2015 laptop.

Pepsi-SAXS for Windows (not updated regularly)

A python wrapper for batch processing of multiple input files

A manual is also coming