The Inria Nancy Research Center has been supporting since 2010 the design and the construction of an innovative platform for favouring research in assistance for elderly people at home. This platform has been mainly funded by the CPER MISN of the Lorraine region, with the project Info-Situ (2010-2013). It consists of a standard apartment type F2 (kitchen, bathroom, bedroom and living room), with several “smart and connected devices” as sensor networks. 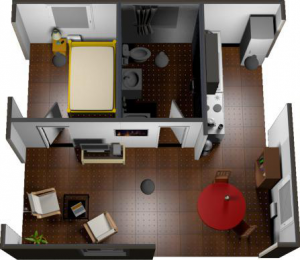 This platform has been designed to make technical experimentations easier in an environment which is as close as possible to reality. Many technical developments have been done during the IPL PAL. In particular, the team led by F. Charpillet has been working both (1) on the development of new algorithms to exploit/connect the sensors and the devices, and (2) on the effective deployment of different kind of connected devices:

– A network of depth cameras. These depth cameras are either fixed on the wall or are placed on-board wheeled mobile robots. One important achievement has been to connect these cameras to the ethernet network, each camera being considered as a ROS node with computation capabilities (using a NUC for each node). Another achievement has concerned the automatic calibration of theses cameras. Today 7 cameras cover completely the main living and kitchen area of the sensorized “smart” apartment (HIS – habitation intelligente pour la santé). A network of Qualisys motion capture cameras is also covering the apartment, to provide ground truth and precise robot and human tracking. 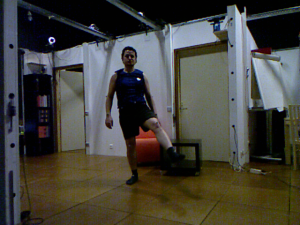 – Pressure sensing tiles have been designed by Charpillet’s team in cooperation with Hikob and the Inria SED of Grenoble during the Pal evaluation period. Ninety tiles cover the floor of our experimental platform (HIS): by those tiles, we can track the activity of people or robots moving on the floor. 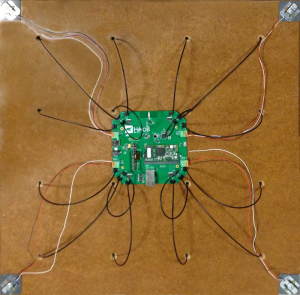 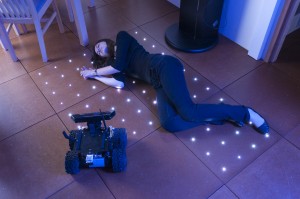