Physically accurate deformable models are usually designed using Finite Elements (with meshes) or Particle Systems (without meshes). To alleviate the well-known meshing and discretization issues, we have developed frame-based meshless models. They combine the physical soundness of continuous media mechanics  used in physics with the ease of skeleton-based deformations used in traditional computer animation. Recently, we have been using these methods to morph anatomical models. Click on the following images to access the associated pdf, images and videos.

Traditional distance-based collision detection and response is hard because the detection inherently has a quadratic complexity, and penetration depth is a complex, ill-posed problem. We tackle these challenges using a discrete depth-based intersection detection and the minimization of the intersection volume. This allows very efficient implementations on the GPU which return not only a list of contacts, but also repulsion directions. Click on the following images to access the associated pdf, images and videos.

Programming mechanical simulations for computer graphics requires skills in various domains such as mechanics, numerics, geometry, graphics, etc. We have proposed a modular software architecture inspired from graphical scene graphs, which allows programmers to focus on their own domain of competence while easily combining and re-using modules created by others. This is available in the open-source SOFA simulation library, increasingly popular in the Computer Graphics and Medical Simulation domains.

My office is located at Inria-Grenoble in Montbonnot, at this place.

Anatomy Transfer to MRI Images (This position is not available any more) M2 Internship at IMAGINE with François Faure In a recent work, we showed that it is possible to transfer a complete reference anatomy to an arbitrary humanoid character based using only skin correspondence, by stuffing the empty space using interpolation and applying rule-based …

Install sofa on a virtual Ubuntu

Create the virtual machine Install and run VirtualBox Create a virtual disk. 9 GB are sufficient for a Release Build. Add 8 GB for a Debug build. It is not clear wethor a Fixed Size disc really provides better performances than Dynamic Size. Other  parameters you may want to set are the number of … 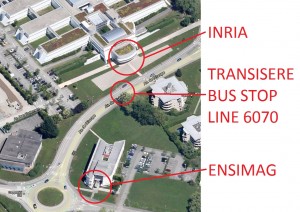 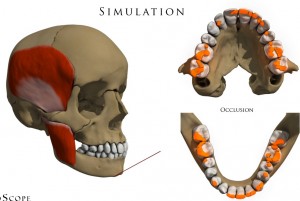 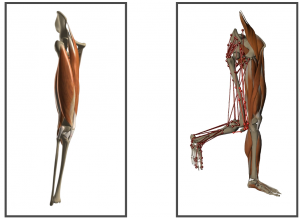 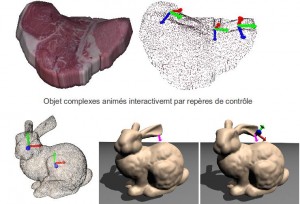 Reduced Models of Human Joints Research Master Internship Goal: high-quality, interactive biomechanical simulations Motivation Interactive biomechanical simulations allow us to interact in real-time with 3D anatomical models. They are increasingly used for surgery rehearsal and teaching, and we believe that their use will spread to other domains such as industrial design and games. Deformable objects …