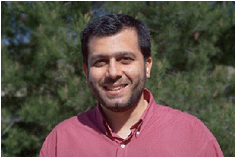 I am a researcher in the DIANA project-team at INRIA Sophia Antipolis – Méditerranée research center.

Our paper “SLICES, a scientific instrument for the networking community” is accepted for publication in Computer Communications. Available online, July 2022.

Our paper “Evaluating Smartphone Accuracy for RSSI Measurements” is accepted for publication in IEEE Transactions on Instrumentation and Measurement, vol. 70, pp. 1-12, 2021.

I recently made a large audience video about 5G.

With the FIT-R2lab team, we prepared a demonstration video on “Reproducible 5G network automation with Kube5G in R2lab”, presented at the Mosaic 2020 Workshop online.

Our tested FIT-R2lab is open to the general public. Sign up through the OneLab portal to run your own experiment. Several researchers have already used R2lab. See the list of research papers using R2lab.

Here is an interesting project in our team: the free EMF Detector ElectroSmart! Do not hesitate to install and use it!

An article in french on the story of setting up the first connection between France and the ARPAnet.