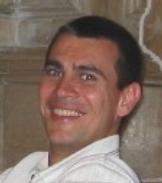 I am a researcher in the Diana project-team (previously Planète) at INRIA, Sophia Antipolis, France.

On November 9 2016, we opened the FIT-R2lab wireless anechoic testbed to the general public; sign up here to run your own experiments!

If you are looking for an Artist, look at my father’s Oil Paintings. Btw, I’m sure you already know my mascot Ounga 🙂