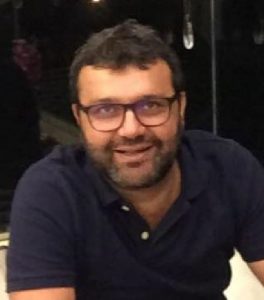 I am Senior Researcher (Directeur de Recherche) in the DIANA project-team at INRIA, Sophia Antipolis – Méditerranée Research Centre. The DIANA team is the successor of the PLANETE team. I got my Electrical and Electronics engineering degree from the Lebanese University of Beirut in 1997, and my Master, PhD and HDR degrees in Computer Science from the University of Nice Sophia Antipolis in 1998, 2001 and 2009, respectively. My PhD was done in the MISTRAL project-team at INRIA Sophia-Antipolis under the direction of Eitan Altman and my HDR treated a set of solutions for efficient Internet monitoring. From April 2001 to March 2002, I was with the LCA department at EPFL-Lausanne for a post-doctoral position (with a grant from Sprint Labs working in the group of Patrick Thiran), and from March to August 2004, I was a visiting faculty member at Intel Research Cambridge working in the group of Christophe Diot. My main research interests are in Internet measurement and traffic analysis, user quality of experience and network transparency, new network architectures (ICN and SDN), and performance evaluation of computer networks. I am senior member of the IEEE and the ACM.