I have received my Ph.D. in Mathematics from Nice-Sophia Antipolis University, France, in 1998. I am a senior research scientist (Directeur de Recherche) at Inria, specialized in vision science. My current research is focused on unveiling fundamental mechanisms of visual perception of people with visual impairments, to predict their needs and better address them through the development of innovative solutions (using, e.g., virtual and augmented reality). I have co-authored more than 60 research papers and a textbook in image processing that received more than 2,000 citations (source: Google Scholar). I am an associate editor for the Computer Vision and Image Understanding journal. 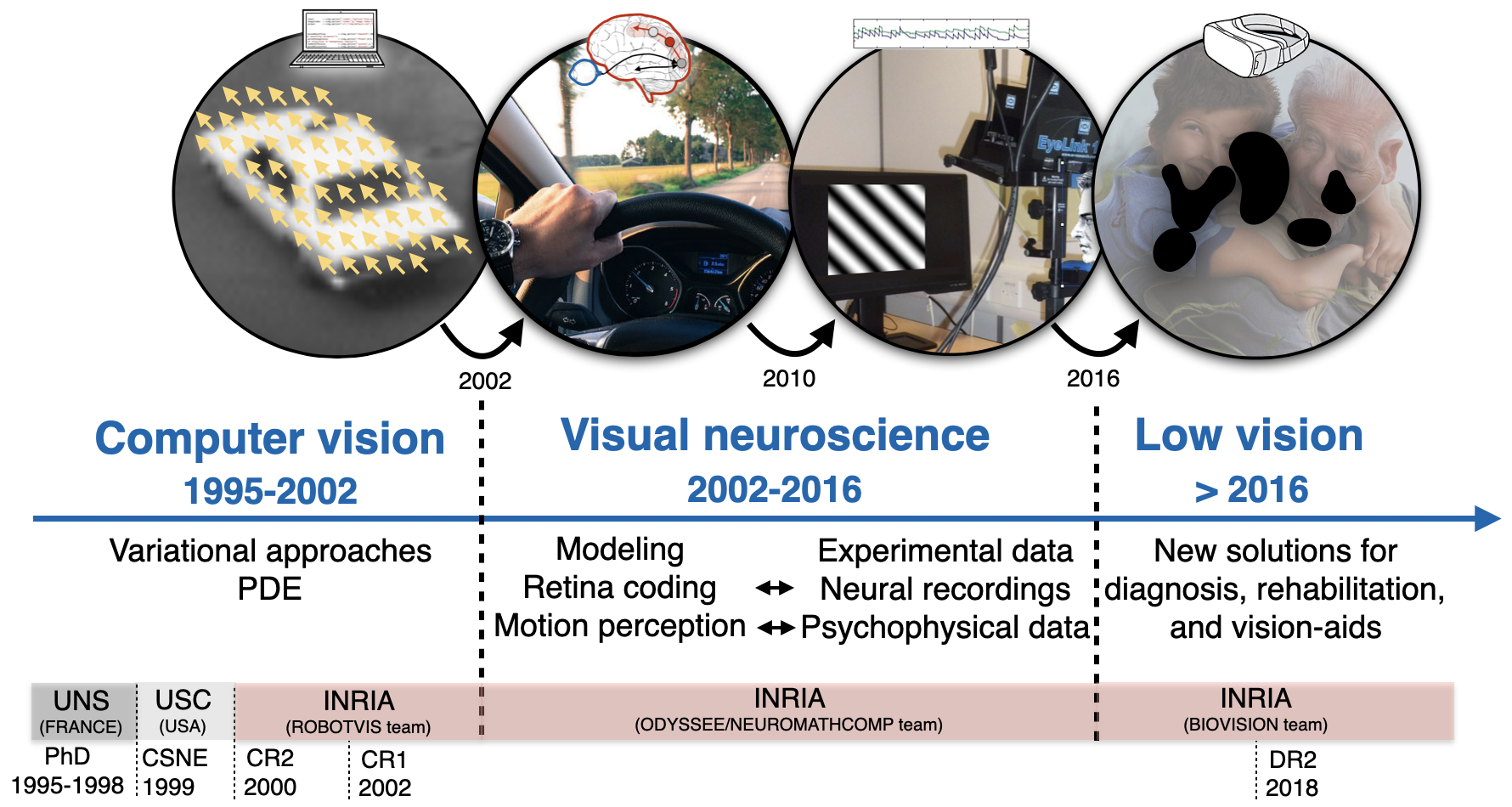 Below is a selection of five contributions that illustrate my research trajectory in vision science.

I have been the advisor of 6 PhDs and +20 M.S. students, and have contributed to the mentoring of other French and foreign students. I have supervised the work of 6 postdoctoral fellows mostly in the scope of European projects I was involved in. Most of my past Postdoc and PhDs are now successfully working on computer vision or neuroscience in the academy or in industry. I have also supervised the work of engineers in the scope of valorization projects.

Past postdoctoral fellows and engineers