Stroke, defined as an episode of neurological dysfunction caused by focal cerebral, spinal, or retinal infarction, is a global health problem and fourth leading cause of disability worldwide [Sacco et al, 2013; Strong et al, 2007]. In France, stroke is the third-ranking cause of death, the leading cause of acquired disability in adults and the second ranking cause of dementia after Alzheimer’s disease [Chevreul et al, 2013]. While the incidence of stroke is decreasing in developed world, the incidence is increasing in India due to demographic transition and rapid shift in the socioeconomic milieu. Indian studies have estimated that the incidence rates increase from 27-34/100,000 in the 35-44 age group to 822-1116/100,000 in the 75+ age group [Dalal et al, 2007; Sridharan et al, 2009]. Moreover, in India, the prevalence of stroke in younger individuals is high (18-32% of all stroke cases), compared with high-income countries, which creates a greater burden of disease on the quality of life and on the society [Das et al, 2012]. Even in a developed nation like France, stroke constitutes an ongoing burden for the health care system and overall economy which is primarily due to the long-term nursing care [Chevreul et al, 2013]. In France, the total healthcare cost of stroke in a given year amounts to €5.3 billion (€83 per inhabitant), or 3% of total health expenditures. The high socioeconomic cost of stroke underscores the need for novel early interventions to limit the disability and improve the outcome in stroke survivors. Therefore, an affordable clinically valid approach for post-stroke neurorehabilitation, that can be used both in rural and urban setting, will be a paradigm shift.

Our interdisciplinary research transcends conventional academic boundaries that is necessary to solve one of the grand challenges in a “looming stroke epidemic” where the human as well as the economic burden of stroke on health systems is likely to dramatically increase in the future due to an increasing number of younger person with stroke, decline in stroke mortality and an aging world population. Our hypothesis towards interdisciplinary approach to neurorehabilitation in the chronic stages postulates that while the brain acts as a controller in a closed-loop brain-machine-interface (BMI) using neuromuscular electrical stimulation (NMES) and robotics (see Figure 1), the state of brain can be altered towards improved learning with non-invasive brain stimulation (NIBS) [Dutta et al., 2014] and neurorestorative therapy [Talwar and Srivastava, 2014]. Here, we accept that interdisciplinary research is difficult when the goal is innovation rather than getting work published, and current evaluation metrics are a major pitfall [“Why interdisciplinary research matters,” 2015]. However, we believe that interdisciplinary work can have broad societal and economic impacts that are not captured by citations. We hope to achieve a transformation in research outlook to interdisciplinary research by pursuing solution-oriented projects in neurorehabilitation that require a broad cross-section of expertise. 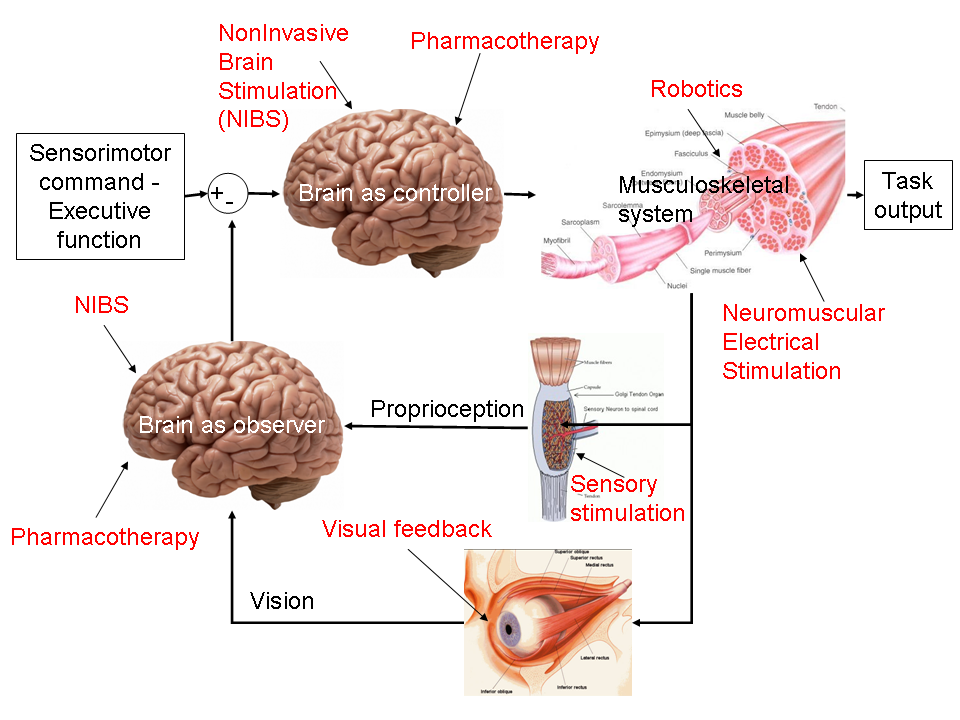 We present an use-inspired neurophysiology-based operant conditioning paradigm that is based on volitionally-driven NMES to generate functional movement for restorative neurorehabilitation. This leads to development and clinical validation of a cyber physical system for teleneurorehabilitation, leveraging the complementary expertise of the project partners from India and France in the work plan with tight integration of the Methods. In addition to short duration visits by researchers, extended visits have been planned to ensure sharing of technology and clinical data collected in India.

We are developing EEG/EMG-NIRS hardware and software for understanding brain and skeletal muscle physiology during non-invasive electrical stimulation in health and disease.  Our objective is to translate this R&D into a low-cost point-of-care-testing device.

The NEUROSTIM research endeavour is novel in that it aims to overcome the barrier between scientifically oriented research to understand brain plasticity and therapeutically motivated research on improving rehabilitation strategies. The NEUROSTIM project will investigate Stroke since it is a common disease leading to motor disabilities in adult life. The long-term aim, however, is to devise a generic approach that is scalable to other types of neurological disorders. The NEUROSTIM project does not only aim to intelligently integrate and interpret data from different neurostimulation and neuroimaging systems: it aims to develop advanced Information Communication Technologies for building an easy-to-use and adjustable neuroimaging / neurostimulation system that patients and health professionals will be able to use and tolerate. The rapidly developing field of Brain stimulation devices will pave the way to a new generation of Brain-device interface adjusting the environment on the basis of the subject’s response or lack thereof, In addition to these translation applications, our work will bring about an important corpus of basic research / knowledge on how we can use the adaptive neuroplastic capabilities of the brain to enhance motor function.

Deconditioned chronic stroke survivor will need to recondition their cardiovascular endurance, metabolic fitness, muscle conditions, and bone strength with a gradual increase in the intensity (number of hours per day) and frequency (number of days per week) of neuromuscular electrical stimulation (NMES), providing a higher-level as they improve their muscle function. With improvement in muscle function, the neurorehabilitation will target movement re-learning where non-invasive brain stimulation (NIBS) might be a promising tool to facilitate neuroplasticity.  Here, the electrical stimulation therapy needs to be tailored to post-stroke residual function under neuroimaging (e.g. MRI, EEG, EMG) guided rational NIBS and NMES protocols.

The proposed research will make use of biomechanics data from healthy and pathological human motion projected onto a novel reduced-order model for gait analysis. This research can also help to relate important dynamical quantities like angular momenta and variable inertias to healthy human and pathological gait at different speeds during  non-invasive electrical stimulation-assisted neurorehabilitation.

Dr. Das, the clinical collaborator of the INRIA-DST project, launched Arogya MedTech Pvt. Limited company in partnership with Mr. Sengupta, the founder of Kolkata Medical Emergency System & Services, for bench-to-beside translation of medical devices which is currently incubated by the Electropreneur park, Delhi, India. The flagship product of  Arogya MedTech Pvt. Limited, CEREBROS, is partly based on the open-source EEG/EMG-NIRS hardware and software tools for physiological monitoring developed under INRIA-DST funding. CEREBROS is also a 2015 semifinalist at 43North, which gives out $5 million in cash prizes each year to some of the best and brightest entrepreneurs and startups from around the globe. [for details, please check the website] 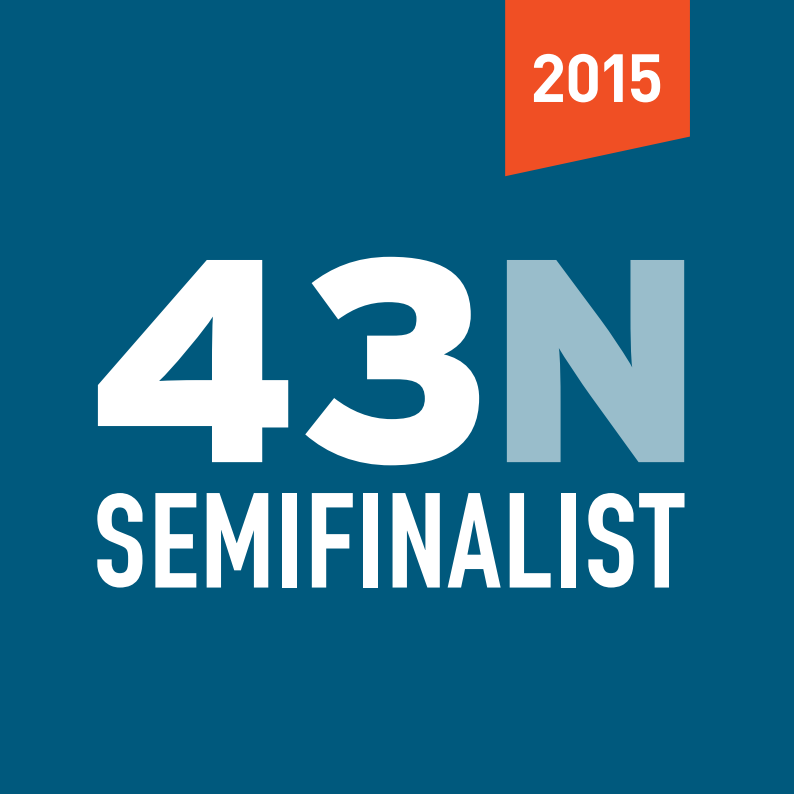