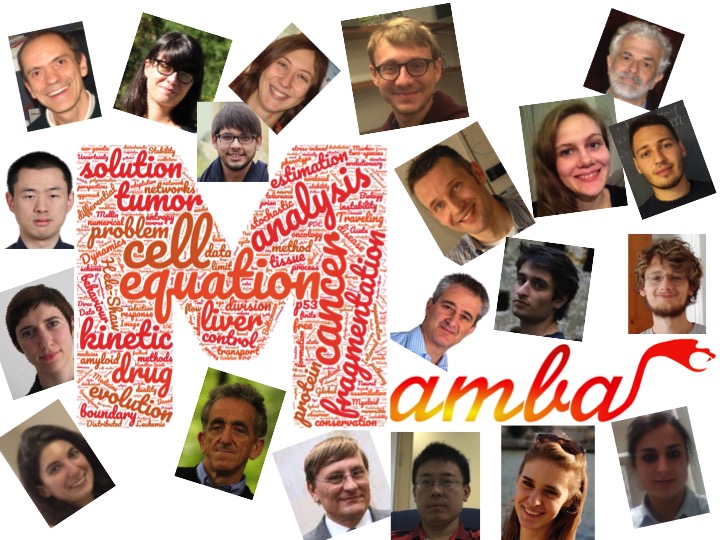 Another guideline of our project is to remain close to the most recent questions of experimental biology, to design the models and problems under study as well as the related experiments to be carried out by our collaborators in biology or medicine. In this context, our ongoing collaborations with biologists and physicians, the collaboration with St Antoine Hospital within the Institut Universitaire de Cancérologie of UPMC (IUC, Luis Almeida, Jean Clairambault, Dirk Drasdo, Benoît Perthame, Nicolas Vauchelet) the INRA team headed by Human Rezaei through the ERC Starting Grant SKIPPERAD (Marie Doumic) and the close experimental collaborations that emerged through the former associate team QUANTISS (Dirk Drasdo), particularly at the Leibniz Institute for Working Environment and Human Factors in Dortmund, Germany, are key points in our project.

Dirk Drasdo at the EASL 2018 congress

The first session of the Open MAMBA Seminar will take place Monday 22 january, 1:30-3 pm at INRIA Paris. (Room ‘Jacques Louis Lions 2’ of building C, see how to come) We will have the pleasure to listen to Yi Yin and Jieling Zhao (more details here)

On October 12-13, Mamba has been evaluated, together with the eight other Inria project-teams of the domain “Modeling and Control for Life Sciences”: BIOCORE, CARMEN, DRACULA, M3DISIM, MYCENAE, NUMED, REO and SISTM, and the new team MONC . Here you can find the general presentation of the team: Mamba presentation – 2014 to 2017 and you may download …