Quantum Chemistry aims at understanding the properties of matter through the modeling of its behavior at a subatomic scale, where matter is described as an assembly of nuclei and electrons. At this scale, the equation that rules the interactions between these constitutive elements is the Schrodinger equation. Using this high quality model however requires working with space and time scales which are both very small. An important issue is therefore whether information on phenomena at these scales is useful in understanding or, better, predicting macroscopic properties of matter. It is certainly not true that all macroscopic properties can be simply upscaled from the consideration of the short time behavior of a tiny sample of matter. Many of them derive from ensemble or bulk effects, that are far from being easy to understand and to model. Striking examples are found in solid state materials or biological systems. However, it is undoubtedly true thatmany macroscopic phenomena originate from elementary processes which take place at the atomic scale. Let us mention for instance the fact that the elastic constants of a perfect crystal or the color of a chemical compound (which is related to the wavelengths absorbed or emitted during optic transitions between electronic levels) can be evaluated by atomic scale calculations. It is therefore reasonable to simulate the behavior of matter at the atomic scale in order to understand what is going on at the macroscopic one.

The journey is however a long one. Starting from the basic principles of Quantum Mechanics to model the matter at the subatomic scale, one uses statistical mechanics to reach the macroscopic scale. It is often necessary to rely on intermediate steps to deal with phenomena which take place on various mesoscales. It may then be possible to couple one description of the system with some others within the so-called multiscale models. The sequel indicates how this journey can be completed focusing on the first smallest scales (the subatomic one), rather than on the larger ones.

In molecular systems, the basic elementary interaction between nuclei and electrons (the two-body Coulomb interaction) appears in various complex physical and chemical phenomena whose characteristic energies cover several orders of magnitude: the binding energy of core electrons in heavy atoms is 10,000 times as large as a typical covalent bond energy, which is itself around 20 times as large as the energy of a hydrogen bond. High precision or at least controlled error cancellations are thus required to reach chemical accuracy when starting from the Schrodinger equation. Clever approximations of the Schrodinger problems are therefore needed. The main two approximation strategies, namely the Born-Oppenheimer-Hartree-Fock and the Born-Oppenheimer-Kohn-Sham strategies, end up with large systems of coupled nonlinear partial differential equations. The mathematical and numerical analysis of the resulting models has been the major concern of the project-team for a long time, with a shift towards models of quantum physics rather than quantum chemistry in the past years.

The orders of magnitude used in the microscopic description of matter are far from the orders of magnitude of the macroscopic quantities we are used to: The number of particles under consideration in a macroscopic sample of material is of the order of the Avogadro number, the typical distances are expressed in angstroms, etc. For practical numerical computations of matter at the microscopic level, following the dynamics of every atom is impossible, and will remain so for quite some time!

Statistical physics allows us to bridge the gap between microscopic and macroscopic descriptions of matter, at least on a conceptual level. The question is whether the estimated quantities for a system of N particles correctly approximate the macroscopic property, formally obtained in the thermodynamic limit where N goes to infinity (the density being kept fixed). In some cases, in particular for simple homogeneous systems, the macroscopic behavior is well approximated from small-scale simulations. However, the convergence of the estimated quantities as a function of the number of particles involved in the simulation should be checked in all cases.

Despite its intrinsic limitations on spatial and timescales, molecular simulation has been used and developed over the past 50 years, and its number of users keeps increasing. As we understand it, it has two major aims nowadays. First, it can be used as a numerical microscope, which allows us to perform “computer’’ experiments. This was the initial motivation for simulations at the microscopic level: physical theories were tested on computers. Another major aim of molecular simulation, maybe even more important than the previous one, is to compute macroscopic quantities or thermodynamic properties, typically through averages of some functionals of the system. In this case, molecular simulation is a way to obtain quantitative information on a system, instead of resorting to approximate theories, constructed for simplified models, and giving only qualitative answers.

Over the years, the project-team has developed an increasing expertise on how to couple models written at the atomistic scale, with more macroscopic models, and, more generally, an expertise in multiscale modelling for materials science.

The following observation motivates the idea of coupling atomistic and continuum description of materials. In many situations of interest (crack propagation, presence of defects in the atomistic lattice,…), using a model based on continuum mechanics is difficult. Indeed, such a model is based on a macroscopic constitutive law, the derivation of which requires a deep qualitative and quantitative understanding of the physical and mechanical properties of the solid under consideration. For many solids, reaching such an understanding is a challenge, as loads they are submitted to become larger and more diverse, and as experimental observations helping designing such models are not always possible (think of materials used in the nuclear industry). Using an atomistic model in the whole domain is not possible either, due to its prohibitive computational cost.

So, a natural idea is to try to take advantage of both models, the continuum mechanics one and the atomistic one, and to couple them, in a domain decomposition spirit. In most of the domain, the deformation is expected to be smooth, and reliable continuum mechanics models are then available. In the rest of the domain, the expected deformation is singular, one needs an atomistic model to describe it properly, the cost of which remains however limited as this region is small. From a mathematical viewpoint, the question is to couple a discrete model with a model described by PDEs. This raises many questions, bothfrom the theoretical and numerical viewpoints: first, one needs to derive, from an atomistic model, continuum mechanics models; second, couple these two models, e.g. in a domain decomposition spirit.

More generally, the presence of numerous length-scales in material science problems represents a challenge for numerical simulation, especially when some randomness is assumed on the materials. It can take various forms, and includes defects in crystals, thermal fluctuations, and impurities or heterogeneities in continuous media. Standard methods available in the literature to handle such problems often lead to very costly computations. Our goal is to develop numerical methods that are more affordable. Because we cannot embrace all difficulties at once, we focus on a simple case, where the fine scale and the coarse-scale models can be written similarly, in the form of a simple elliptic partial differential equation in divergence form. The fine scale model includes heterogeneities at a small scale, a situation which is formalized by the fact that the coefficients in the fine scale model vary on a small length scale. After homogenization, this model yields an effective, macroscopic model, which includes no small scale. In many cases, a sound theoretical groundwork exists for such homogenization results. We consider mostly the setting of stochastic homogenization of linear, scalar, second order elliptic PDEs, where analytical formulas for the effective properties are known. The difficulty stems from the fact that they generally lead to prohibitively costly computations. For such a case, simple from the theoretical viewpoint, our aim is to focus on different practical computational approaches to speed-up the computations. One possibility, among others, is to look for specific random materials, relevant from the practical viewpoint, and for which a dedicated approach can be proposed, that is less expensive than the general approach.

You can find the 2019 activity report here.

You can find the previous activity reports of the MATHERIALS team (and its former incarnation MICMAC) here. 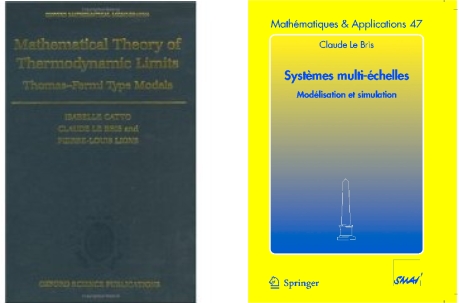 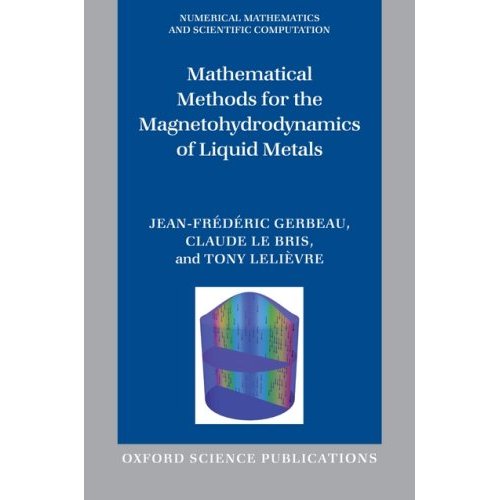