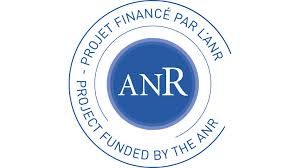 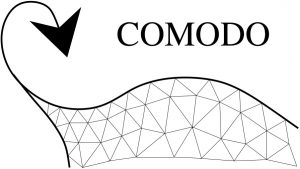 Simulation of a 2D Stefan-Maxwell system for three species

Objectives of the project

Among the different available solar cell technologies, the one based on semiconducting thin films (for instance made of CIGS (Copper, Indium, Gallium, Selenium) or CdTe (Cadmium, Telluride)) seems to offer a very promising compromise between efficiency and cost. As a consequence, large research efforts are dedicated to the study and optimization of this type of photovoltaic devices.

The production of the thin film inside of which occur the photovoltaic phenomena accounting for the efficiency of the whole solar cell is done via a Physical Vapor Deposition (PVD) process. More precisely, a substrate wafer is introduced in a hot chamber where the different chemical species composing the film are injected under a gaseous form. Molecules deposit on the substrate surface, so that a thin film layer grows by epitaxy. In addition, the different components diffuse inside the bulk of the film, so that the local volumic fractions of each chemical species evolve through time. The efficiency of the final solar cell crucially depends on the final chemical composition of the film, which is freezed once the wafer is taken out of the chamber. A major challenge consists in optimizing the fluxes of the different atoms injected inside the chamber during the process for the final local volumic fractions in the layer to be as close as possible to target profiles.

The objective of the project is to propose a multi-dimensional model for the PVD process along with accurate and efficient numerical schemes for the approximation of its solutions, which can be used in order to optimize the production process of such thin film solar cells. This represents a significant scientific advance with respect to the existing models and numerical methods which we wish to address in this proposal.

Four main tasks are identified to tackle this challenging problem:

– a first task consists in identifying appropriate models for the evolution of the local volumic fractions of the various chemical species inside the film and of its surface. Such models read as cross-diffusion systems defined on a domain with moving boundary, taking into account surface cross-diffusion phenomena;

– the second task aims at developing numerical schemes for such models, which should respect the mathematical properties of the considered systems;

– the third task concerns the parallelization of the obtained algorithms for the simulation of large-scale problems;

– the last task will consist in calibrating the obtained models with experimental data in order to select the values of the parameters involved (typically the value of some cross-diffusion coefficients for instance). To perform this task, the construction of an adapted reduced-order model shall be necessary. We wish to use this calibrated simulation tool in order to optimize the fabrication process of thin film solar cells, so that the final geometry of the film and volumic fraction profiles of the different chemical components become as close as possible to well-chosen targets.

Jad Dabaghi, Virginie Ehrlacher, Christoph Strössner, Computation of the self-diffusion coefficient with low-rank tensor methods: application to the simulation of a cross-diffusion system, accepted for publication in ESAIM: PROCEEDINGS AND SURVEYS, 2022