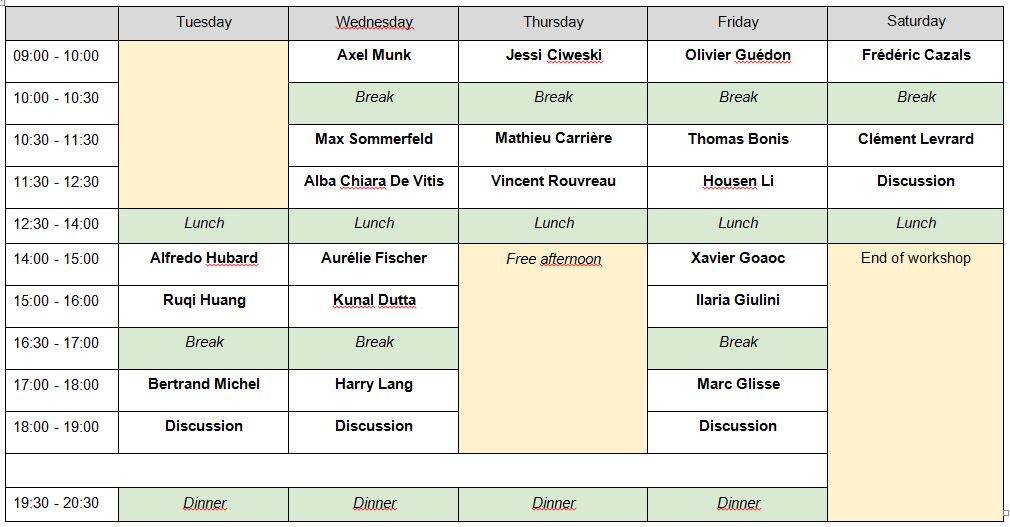 For organisational reasons, please fill the registration form as soon as possible.

The number of single room is limited.

Accommodation in double room for students.

Oher participants in double room or single, depending on availability.

Please charge your mission to:

By train: from Nice to Toulon Station around 1h40 mn – from Antibes around 1h20 mn

From Tour Fondue to Porquerolles Island: