We are visiting Kno.e.sis @ WSU

Distributed collaborative systems such as wikis, version control systems or GoogleDrive allow users to collaborate on a set of shared documents from different places, at any time and from different devices. Existing collaborative systems made available by large service providers such as Google are based on a central authority that stores and has control over user personal data. Moreover, these systems do not scale well in terms of the number of users and the frequency of their modifications. Coast Inria team investigates and designs peer-to-peer collaborative systems that offer a very good scalability and where users share data directly with the other users they trust without relying on a central authority.

In the first part of the talk I’ll present a study on investigating scalability of existing real-time collaborative systems in terms of delays experienced by users, i.e. the time between a modification done by a user is visible to other users. By means of user studies where we simulated delays on small collaborative tasks, we studied the effect of delay on users.  We found out a general effect of delay on performance related to the ability to manage redundancy and errors across the document. We interpret this finding as a compromised ability to maintain awareness of team member activity, and a reversion to independent work.

In the second part of the talk I’ll discuss about a preliminary validation of a trust-based collaboration model where users share data with the people they trust. Trust can be computed based on the collaboration interactions between users. We studied trust game, a money exchange game, widely used in behavioral economics for analysing trust and collaboration between humans. In this game, exchange of money is entirely attributable to the existence of trust between users. We proposed a trust metric that computes trust scores between users based on the amounts they exchanged in the past. This trust metric deals with fluctuating user behavior and can predict future user behavior. By means of user studies we investigated the influence of showing a partner trust score on user behavior during the trust game. We showed that the availability of trust score has the same effect as of user nickname to improve cooperation between users. We conclude that in the case of large scale collaboration where users can change their nicknames and it is difficult to remember who is who from the nicknames, trust scores could be an enhancement over traditional nicknames.

This work has been done in collaboration with Valerie L. Shalin from the Department of Psychology of Wright State University, Kno.e.sis, in the context of the USCOAST associated Inria team. 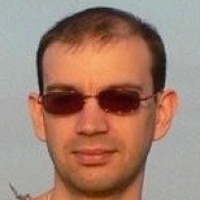